I received the county 911 dispatch calls from our attorney’s office last year around this time.

That very day I listened to every recorded call.  Two calls featured my shrill, hysterical, voice in the background, which was surprising only in that I was completely unaware of the people who were placing those calls at the time.  They had to have been close at hand but their presence did not register in my mind.

The call Onstar placed for the owner of the speeding silver pickup was interesting in that they only seemed concerned with possible injuries to their driver.  I guess that’s the guy paying them and yet you’d think the Onstar operator, after discerning the wellbeing of his client, would inquire about other injuries as well.  What if the accident occurred when the road was deserted and their call was the only one placed to 911? 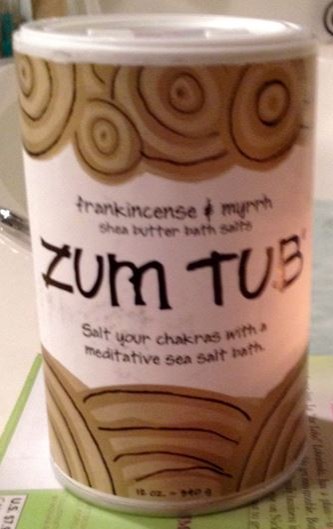 Following my foray into the past, into bystanders reactions to the devastation of my life; immeasurably sad, I sprinkled burial-scented bath salts (Frankincense & myrrh) into my tub (not out of morbidity but because I love the fragrance) and sank into the warm water neck deep to process the emotions weighing so heavily on my heart.

And like so many nights before, my thoughts circled.  But this time the conclusions drawn seemed to contradict each other.  I found myself still firmly rooted in the belief that God will ensure justice is served since the legal system failed us to such a colossal degree, and then another, more sobering thought took center stage.  I faced the thoroughly discouraging knowledge that in truth, justice may never be served for my daughters because of God’s grace and mercy.  All that’s required for any one of us to receive forgiveness is that we seek God with a repentant heart and Poof! – our sins are forgiven – covered by the blood of the lamb, who so graciously covered my sins as well. 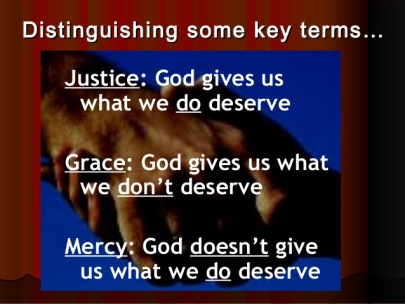 For the irrevocably injured this is a hard truth – an unpalatable truth, a bitter pill – and I found myself sobbing out my outrage, bath towel pressed to my mouth to muffle the sound from David and Gracen watching TV in the other room.

I found myself truly angry – enraged really – to consider that God will grant these men forgiveness full and free.  FREE! 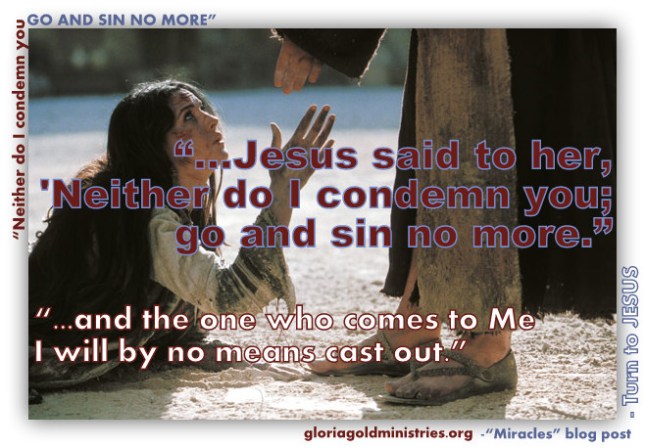 I realize the key here is that the drivers, the prosecutor and the judge, each will first have to acknowledge and repent of their sin.  However, do they get to repent of a sinful lifestyle without specifically confessing the sins that led to the deaths of my daughters, the destruction of life as we knew it?  I know I never confessed each and every sin I’d committed when seeking salvation.

The possibility that mercy may be extended at such a great personal cost, without my consent or permission, is completely repulsive to me.  I’m not unaware of the irony of that statement in that that same grace and mercy was extended to me (although it should be noted that God, Himself did in fact grant permission).  This is not only an emotional battle but one I struggle with intellectually as well. 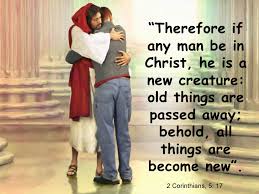 Surprisingly, the idea of spending eternity with these men is not a such a difficult pill to swallow – only because the logical part of my mind is assured that is not a possibility. The Bible says at the point of salvation we become a new creature.  They may enter heaven with the same name but not the same nature and by golly, I will be made like Christ which will allow me to walk the streets of gold without stalking them and plotting to do them harm! For that I can be grateful as what kind of paradise would heaven be for me in I continued to harbor animosity toward any of these men and had to live eternally in their presence?

I hate this!  To forever and for all eternity be denied justice is a truth not easily accepted and one I know will require a considerable amount of excruciating personal struggle.  I have no desire to even contemplate the process.

Yet months and months later, that’s exactly where I found myself – contemplating a lack of justice and prayerfully forgiving these men – not for their benefit but for mine.  I highly doubt I can ever look upon the unlicensed driver, the prosecutor or the judge with anything but contempt, but my hope is their power to hurt me has been forever laid to rest.  The speeding driver, I think I can actually look at with pity – unless I find he too lacks remorse and that he assumes no responsibility for his own actions.  But, for now, I know no such thing and I will deal with forgiveness again should the need arise – for myself and because it’s commanded of me by my Savior.  But mostly for my selfish self so I can find a way to live free – without nausea – to lay down the burdens I’ve chosen to carry and those thrust upon me.

Someday, I hope to find my life no longer defined by the accident that forever altered it.  I hope there comes a day where following the introduction to someone new, the aside “That’s the woman whose children were killed in that car accident and . . .”  is no longer is tacked on either in my presence or behind my back as if I’m a novelty in a circus sideshow.

I hope the day comes where there are more notable things to define me than the losses I’ve suffered and the disappointments I’ve endured.

Words like “Bright, Passionate & Generous”, “Joyful, Imaginative & Compassionate”, or “Courageous, Sassy & Tenacious” – the words found on Bethany and Katie’s headstones and reserved for Gracen’s.  I told her she’s the only one to be gifted with veto power. 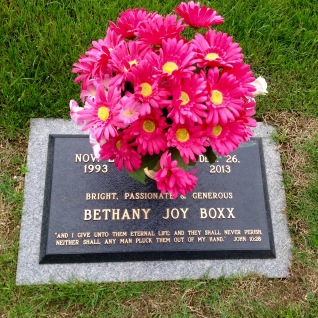 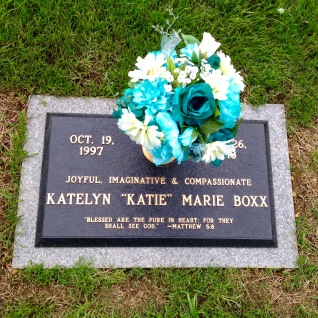 Words that proudly proclaim the content of their character and personality more than the circumstance of their lives.  Words that speak of their true essence. Words that reflect the supernatural work of their Creator, their Savior and the Holy Spirit at work within.  Words that glorify God and forever testify to the immeasurable value of their lives, in spite of their far too soon departure from this world.  And yes, I hope David and Gracen can easily distill my character and personality down to three simple words on a headstone the only testimony of a life lived, choices made, and relevance assigned/ordained – by my Creator. I’m hoping for something more impressive than “Total book nerd”!

Posted by Janet Boxx on February 5, 2016 in Adversity, Faith, Grief